OP grants through Season 2: where has the OP gone?

As promised, this will be a continuously updated thread loosely tracking where the granted OP has gone. My goal is to cover all of the grants, tracking how OP flowed to likely user or team wallets, and to what ends. Among other things I’ll be paying attention to distribution (e.g., how many OP paid out per user connected, share of top 5 wallets, etc) and to whether the OP was used for intended ends.

This is a really time-consuming thing that requires some double-checking, and even then I might get things wrong. So I invite people to join me on this, especially the project teams that will be referenced. I’ll generally try to do outreach to those teams privately to get more clarity before posting publicly, though.

Project Name: 1inch NETWORK Author Name: 1inch Labs Defillama TVL (at snapshot): N/A Transactions/day (at snapshot): 275+ Tier: N/A Optimism native: Yes Revisions to metrics used: N/A Number of OP tokens to claim: 300,000 L2 Recipient Address: 0x1bd315E3F029083DA8731a6b1c6F2959A0d15376 Background: 1inch has been part of the Optimism chain since the initial launch of the network and was one of the first dapps deployed. 1inch is best described as a network of decentralized protocols des…

1inch Network plans to accelerate the development of Optimism native features and expand R&D for L2.

$300,000OP tokens would be used to incentivise usage and growth of Optimism on 1inch Network thought the 1inch Wallet App.

With the amount for incentives, the team would:

From https://blog.1inch.io/1inch-wallet-users-to-be-rewarded-with-op-tokens-eb6595192999, dated 9/6 at the start of the program. From what I can gather, there was no previous announcement; that is, this is a true retro airdrop, not one as implied by the proposal.

The 1inch Network is thrilled to announce that a total of 300,000 OP tokens will be distributed among the 1inch Wallet’s users in a move to incentivize their activity on the Optimism network.

The distribution will be made in a retrospective Merkle drop. The OP tokens will be equally distributed between 3,782 selected wallets of the 1inch Wallet’s most active and regular users, and are already available for claiming. For a detailed instruction on how to claim OP tokens on Optimism, please, head to the 1inch Help Center.

In 72 days, 253 of the 3,782 wallets have claimed their share of the airdrop, with the current rate being roughly 1 claim per day. 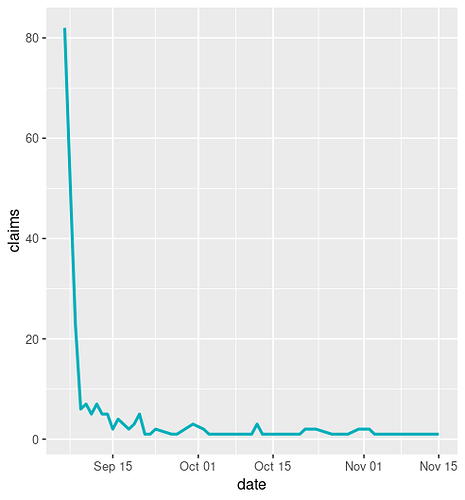 There are 280k OP remaining; at the current rate of claims, it will take just under 10 years for these 3,782 wallets to have gotten their money.

After scanning a few of the recipient wallets to determine evidence of increased use, I eventually stopped my analysis at this point, given this grant’s application as a retro airdrop and the low, flat rate of OP distributed.

If 1inch did in fact heavily promote this airdrop ahead of time, this could be considered in scope, if not evidently successful. I invite any corrections on this point.

Nice work Jack, let me know if I can help with the next one!

cBridge can facilitate that structure by covering a portion of the gas fee that the user needs to pay. For example, if a user bridges 10 USDC from Avalanche, instead of getting $9.5 with the $0.5 covering the gas costs on Optimism, she would now get $9.8 with $0.3 covered by cBridge through $OP token distribution to Celer’s validator networks.

As a part of our OP grant proposal that was passed on Optimism, we will be running a special fee rebate event with the 150,000 OP that was allocated to us! cBridge users will receive 80% rebates for the fees (including the base fee, the protocol fee,...

The fee rebate proportion is 80%, however the total rebate amount per user is capped to the “Per-User Rebate Maximum” (5,000 OP) mentioned above.

Liquidity mining here is likely linear so the rewards will follow a preset schedule. Of note is that the 0x062 contract has a function drainToken which lets the dev wallet retrieve the OP. OP is manually transferred in to the contract in batches.

Of the 650k allocated for distribution, only ~50k has been claimed. However, the rate of rewards distribution is unclear; we’d have to check with the Celer team to see how they’ve programmed it.

The first and third wallets are related, so the top three entities are getting 38% of all rewards claimed to date. However, of the top four wallets, only #2, 0x089, is still farming.1 This could mean that much of the distribution has yet to be claimed by large providers still farming.

We thus won’t know the largest beneficiaries without directly investigating the pool itself.

drainToken also exists in this contract.

Will revisit in a month or so to get a sense of spend rate.

On Optimism, Celer’s TVL has roughly tracked that decrease, but some recent deposits have brought it almost back up to the start of the period.3 From my view, taking out the recent deposit, this suggests that the grant hasn’t had a meaningful impact on liquidity.

On Optimism, Celer has decreased 1 percentage point in transaction share since August. from ~3.4% to 2.3%4

Across crypto, Celer’s 1m volume is roughly 20% the amount of the leader, Multichain. On Optimism, it is only 4% of the leader, the Optimism Gateway, and 5% of the #2 bridge, Multichain.5 Again, there doesn’t appear to have been a meaningful increase in share, which is what one would expect to occur as a result of this grant.

Cycle 1: Projects that haven’t yet gotten or used their OP

Aave Grants DAO represents the Aave protocol in many DeFi events, which could be sponsored and receive hackathon prizes.

300k OP to the 0x Grants program for ecosystem builders

OP never distributed from Foundation; information and directions were never provided by team.

It appears that this grant won’t be distributed; Zipswap recently announced plans to cease operations as a team. 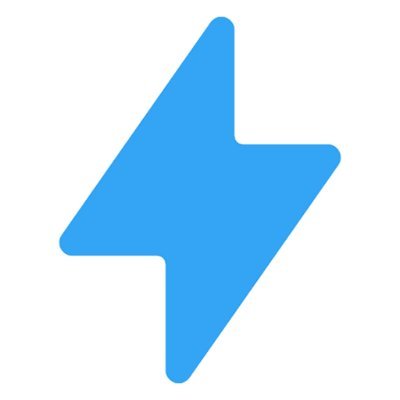 Gelato such great project for optimism grown support this proposal

Subsidising infrastructure costs for web3 developers is the cleanest and least subjective way Gelato can help projects go live and bootstrap on new networks such as Optimism. We will be subsidising usage of Gelato’s infrastructure network by having the network charge 0% fees on transactions that are automated by Gelato.

We will use 50k of the OP incentives to help more of these developers figure out how to automate certain functionalities that they are looking to build for their dApps on Optimism. Example ideas would be e.g. building Resolver smart contracts which help automate Synthetix reward claimings on Optimism using Gelato. We will post certain ideas which anyone can start implementing as well as being open for anyone to propose interesting use cases for Optimism themselves!