Happy merge day, I hope you had fun collecting all those panda POAPs.

They will dilute almost all the token OP(866,963.20) they got from GF Phase 0 to cover their development cost. Token was distributed by foundation in good faith that the receiving team will hold to their agreement.

If they are "getting more and more traction every day " then why not reach out to foundation for more funding. This is one of the major reason we have foundation funding, to support innovation and help grow OP ecosystem. With new guideline, even gov funding is also supporting dev funding. Of-course once funds are in their wallet we cant force them to stick their initial proposal and there is no legal binding. In Governance Update #2 , foundation gave a clear instruction that self-dealing is not expected.

I also believe, once a proposal is approved, we should be little flexible and give the recipient some freedom to change the distribution plan if its seem fit. But this is complete u-turn.

To me this seems wrong, misuse of grant, trust and goes against DAO.

Would love to hear your opinion on this. What can we do to avoid such scenario.

The deal has been finalized but I will explain what happened from the Aelin side. When we submitted our first proposal there was an agreement with Optimism to do a discounted sale of OP tokens using an Aelin Pool, where Aelin received the proceeds, but it was blocked by the Optimism legal team so we changed our proposal to use a rebate system for other token sales (60%) and to incentivize LPs (40%) even though it did not show how Aelin can really be useful as a protocol.

Under the new proposal, no new deals were created on Optimism as a result of the OP grant. Due to this, Aelin governance wrote an AELIP to modify the original proposal. We increased the rebate per pool and changed it to 75% instead of 60%. Still however, there was no interest in the program from the community. The OP grant we created to please the Optimism legal team was effectively useless at helping Aelin bring users and liquidity to Optimism. Lose-lose.

As a result, we decided to stay with the same type of rebate system, but simply upped the rebate again, this time more dramatically in a way that actually benefits Aelin and also brings more liquidity to the Optimism network. We kept the same underlying theme of a rebate, we just increased the amount and used it all in a single pool, while also selling AELIN tokens.

In my view, this aligns with the original agreement Aelin had with Optimism and also satisfies the legal concerns. It seems like a good middle ground. We are still committed to helping the Optimism ecosystem grow. I also don’t think its right to vilify Aelin, which has a great community and a lot of hardworking CCs. We are here to help communities fundraise at the same terms as VCs. It seems like a great goal and vision for web 3 in my view and I would hope that Optimism network and community will continue to support Aelin moving forward.

I completely agree with @OPUser

I understand Aelin’s situation and to some extent the reasons for the change. But don’t you think they should have been more transparent with this governance and presented the drawbacks they were facing?

This is something that worries me too much that every protocol that receives grants makes decisions without being transparent with the governance. We would have to find a way to minimize this, I think that as time goes by this type of situation will become more and more recurrent.

We already saw it with Perpetual Protocol and with the case of Synthetix, who even now announced through the discord channel that they are going to delegate 2M OP tokens from grants.

I am not against being flexible with this kind of situations, they are situations that can happen, but I think both parties, Optimism government and protocols, should be 100% transparent.

Hi @alex1 , thank you sharing more light on this. I am also assuming you are from Aelin team…

After reading your comment I have more question than answers. What agreement you had with OF is not public knowledge so I will refrain myself from commenting on that but will address other points.

You have mentioned this twice in your comment but I am not sure how giving salary to dev team will bring liquidity to OP ecosystem.

Its clearly written in your AELIP proposal that you need funding for next 18 month for “new ideas need to be brought and implemented at a significant pace” and there are many different ways to raise fund for that. Few I have already mentioned above. Converting growth funding into Dev funding and spending 1M in 18 month without any proper discussion. How is this normal ?

This whole processes also seem rushed to me, in two month and one change to your initial distribution plan your priorities has changed from user ob-boarding and ecosystem building to team funding.

I am not vilifying Aelin, I want to have a discussion as this is serious topic and need attention from all parties involved and on top of that, Aelin has a non-binding written document with us. If such behavior are acceptable then whats the point of submitting a proposal, voting and time investment from all parties involved. Simply submit a proposal to make all party happy and once you have the fund, proceed do all the shenanigans except the one mentioned in proposal and later use “great community” as shield.

Why not do a temp check and brain-storming in our discord or on this forum before making such changes ?

The liquidity is from capital coming in to pursue the deal for AELIN tokens. OP helps attract liquidity and more investors. It is simple.

You are a bit all over the place and unclear with your message. It is hard to follow but here is my response. This is my last response as I have a lot of work to do. You are welcome to come engage with us in the Aelin discord, however, if you are passionate about the topic.

First, let me say that Optimism is not good at communicating with Aelin. We have a very difficult time reaching the CCs. At times we are completely ignored, although sometimes we get responses several days later. And now you are being hostile about the situation in my view. It is really tough to work with Optimism in my opinion. The project has great tech though. Hopefully it can continue to improve with communication.

Second, I already explained what happened from our side. Aelin submitted the proposal and went through Optimism governance. We got the OP tokens and no one was using them. Literally they just all sat there, totally useless. We modified the original proposal slightly and still no one used them. We modified it again, still in line with the original proposal in our view. These modifications went through Aelin governance since we already had the tokens. That being said, we used the money for a rebate and will continue to use the proceeds to fund liquidity on VELO. I really don’t see too much of a deviation from the original proposal 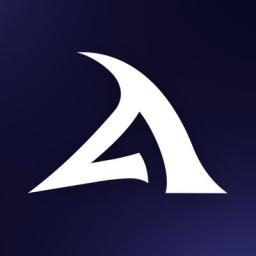 Check out the Aelin community on Discord - hang out with 3,023 other members and enjoy free voice and text chat.

^ Aelin Discord Invite Link. All are welcome to come and discuss in further detail

How is roping synthetix into this relevant? You realize they said in their phase zero proposal that 2m OP would be used for delegation.

It was not included in the original Phase 0 proposal. It was in the Synthetix governance forum proposal.

Yeah I may have confused the two, either way though I think it only makes sense for protocols that are extremely important to optimism to have a voice and voting power as they will always vote in the best interest of the network.

I agree that the protocols are a critical piece of optimism (as are the delegates, the foundation, all gov participants) and that, like everyone else, they want the best for the network. But that doesn’t imply they are not handled with transparency. When I refer to transparency is that they have to be forthcoming with governance so they don’t get into these debates.

When it comes to external governance our hands are tied though. The grants structure would need to be changed in a way that can guarantee compliance. Each “solution” would likely bring more issues to the table as well so it’s no easy task imo.