Next big trend in crypto?

The explosion of play-to-earn games in the blockchain has been spectacular. In 2022, play to earn coins in the market were the fastest growing assets. The utilities they represent and the general enthusiasm that gamers have about blockchain gaming . AXS and GODS are major play-to-earn tokens that are extracting the most benefit.

“Crypto economies have already begun to shape the future of work. They blend how we play, learn, organize, socialize, and create, with ownership and income generation. In this sense, what is currently transpiring is much broader than work,” Stephen McKeon, Professor at University of Oregon.

Play-to-Earn, also referred to as ‘GameFi,’ aims at turning regular users into a governing force behind major decisions within the gaming industry. GameFi facilitates a player-owned economy when it comes to trading valuables as well as generating additional income with non-fungible tokens.

The player-owned system is implemented through governance tokens, which can be represented as various game assets. Each governance token gives its owner the power to take part in the game’s development and internal fund allocation, with that power, of course, being proportional to the amount of tokens each user holds. This type of system is transparent for everyone and ensures fairness in item trading between players.

Players can also receive a share of the game’s revenue while enjoying the gameplay. Conventional game business models are generally designed so that all revenue goes to the publisher. In contrast, crypto games strive to build player-owned universes, allowing players the freedom to both play and earn.

“The spike of popularity in play-to-earn plays a major role in cryptocurrency adoption on the whole. The opportunity to earn decent money through Play2Earn games can be life-saver for people in developing countries. The crypto environment gamification makes it easier to accept the DeFi ideology, which is bound to advance the way of doing business and our everyday life,” says Sasha Ivanov, Founder of Waves Protocol. 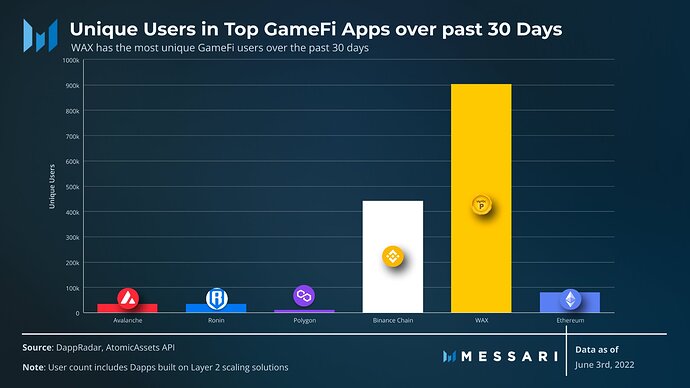 Play-to-earn apps like AlienWorldsand, FarmersWorldNFT have accrued a massive user base, almost doubling the count of apps on competing chains on wax network.

Benefits to Optimism Network from Play to earn games

The financial benefits of these games are a huge incentive for players and network, which is why the P2E industry is growing so rapidly. In order to attract this opportunity Optimism should act fast and compete with other networks. Public good incentives ( a separate gaming fund ) will be great addition to attract new projects to optimism network in this completive GameFi market.

Great post and I agree that play-to-earn might be next big thing, we are making some progress, slowly but surely.

That being said, I am not in favor of dedicated funding for P2E, if a project seek funding they can join Phase1 and submit their proposal.

Imagine having separate funding for each domain, P2E, privacy, defi, wallet, bridge, infra and so on, it just leads to more bureaucracy, confusion and longer decision process.