Voting Cycle #1 only includes proposals from Phase 0 of the Optimism Foundation’s Governance Fund. You can think of this as a sort of test run for future open-ended voting cycles.

Phase 0 of the Governance Fund is designed to:

To accomplish these goals, Optimism worked with projects to craft a set of guidelines for Phase 0 proposals. These guidelines are as follows:

Phase 0 proposals that follow the guidelines above have been bundled in to a batch vote. These proposals have been drafted in cooperation with the Optimism Foundation, and the Token House will vote on the batch as a whole.

Phase 0 proposals that did not follow the guidelines above will be voted on individually. We leave these up to the Token House to evaluate on their own merits. Those separate proposals are:

In light of recent events, no tokens distributed via governance will be sent without a two-way test transaction.

Hi! I am Ron, founder of WePiggy.

Hope $OP holders vote and support us. We are the first lending protocol deployed on Optimism.

We will distribute all of $OP to our early users on Optimism and new long-term users.

Then there will be more features and versions released on Optimism firstly.

Let’s build the ecosystem of Optimism in a long term.

We shared a short Twitter thread on the governance process, voting cycle 1 & our voting behavior/reasoning.

We also submitted a forum post to 1inch (needs to be approved), asking them to engage with their official account and explain in more detail how they will support Op ecosystem development, specific products and adjust the distribution of Op tokens to grow the optimistic ecosystem. 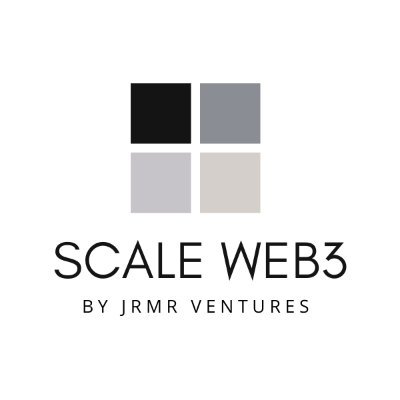 @ScaleWeb3
Governance Update by @optimismPBC. Read below for more details on - the governance process and voting cycle 1 - our specific voting behavior and reasoning - the Wintermute incident 1/4 https://t.co/2Od3VdFFRR

OP Gov Update #1 just dropped Follow along for the latest in OP Governance: what’s up for a vote, what’s in discussion, and what’s next.

Delegation is still possible and we’re just below the important criticial 0.5% share of Delegated OP

Layer2DAO is excited to be part of the Phase 0 governance fund batch vote! We’re excited to help grow the Optimism ecosystem and usher in OP Summer

Our proposal for reference:

I have OP in wallet cant vote on snapshot why? Iam not only one with this issue, many more in Discord and no one is helping us with this.

Excited for the first vote! Cross-posting this thread here for visibility if you’ve delegated your $OP to me and would like to make your opinion known! 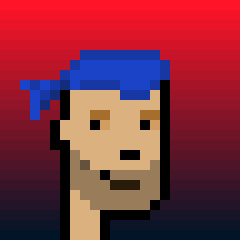 @jacobwillemsma
Hey everybody! @OptimismGov's first round of Optimism Governance proposals are now live! 🔴✨ If you've delegated to me and have any thoughts, please reply to this thread! The deadline to vote will be June 22nd but I plan to vote on June 17th. Next tweets for proposals:
Fju_ry June 9, 2022, 9:21pm #9

I have the same issue! Have been holding tokens and no voting power

You may have OP tokens in your wallet, but did you delegate your voting power to someone else?

If you delegated your voting power when you first claim your airdrop, so you can’t vote even you have OP token in your wallet.

Hi, @system thanks for the round-up:

How come Uniswap receives an individual vote? Have you talked privately with the team?

Will other teams who fail to meet the cut-off for Phase 1 votes secure a spot on the ballot?

Seems if other teams were aware of this exception they would apply after the deadline with the aim of an individual vote. Feels like a slippery slope and added administrative work for the OP team.

its mentioned in the post as why Uni is in separate group.

Uniswap submitted a proposal after the May 27 deadline, so this proposal will be voted on individually.

instead of cancelling OP proposal, because they submitted the proposal past the deadline, they are letting the gov decide and that is why its in a different section. 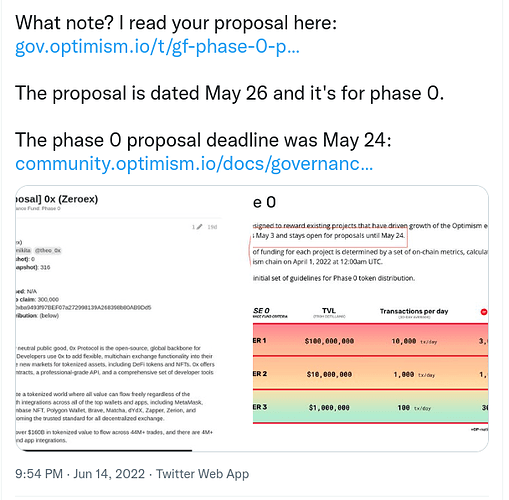