This post is a summary of Proposals for experiment #2

Improve badge holder voting and expertise
Curate a set of badge holders that are not only core contributors to the ecosystem but are also representative of ecosystem contributions overall.
This model could allow badge holders to leverage the knowledge in their area of expertise and allocate their votes with the highest degree of confidence that funds are allocated to the right projects

Improving the nomination process with optimistic curation
In Retro PGF we’re not only trying to agree on what was useful, but we’re also trying to agree on how useful it was. We can imagine a results oracle that breaks down the process into 2 separate phases - first assessing what projects have contributed to the public good and second quantifying the value created by the projects.
The current approach to curation is resource intensive by requiring badge holders to make consensus decisions on which proposals are accepted and which are rejected.

To fix this we could leverage existing designs from (token) curated registries, below a proposal for a simple process: 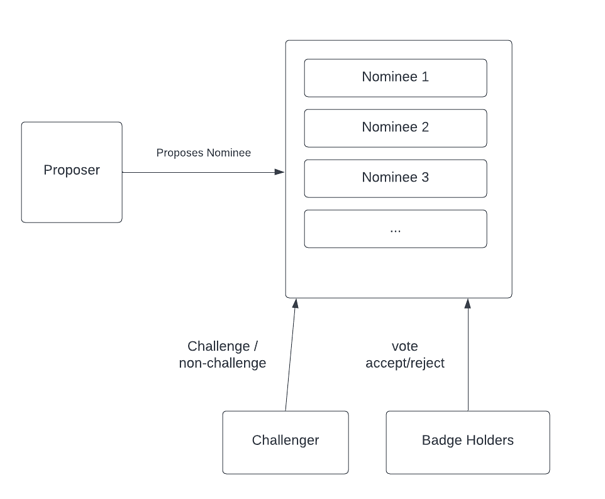 This reduces the overhead of badge holders, only requiring them to vote on disputed proposals and to voluntarily curate proposed nominees in their area of expertise rather than curating the whole list of nominees.

Happy to hear other ideas and feedback!