Hi thanks for the feedback. We will try to tailor the rewards to avoid sybil. We can require video submission for some tasks. Things like steps can be faked but the rewards are going to be per holder that meet a threshold not per step and will be extremely conservative with distribution. With our current holders we can do 4 OP per week initially and increase rewards depending on the percentage of active users.

We only planned on allocating a small number of the tokens (500 - 1,000) to direct marketing. I think if we set multiple assignments (follow us on Twitter, Discord, retweet this post etc while requiring a unique address it it will prevent sybil, or at least make it extremely time consuming since the reward is so small) Again this is an experimental form of marketing but I do think it is more effective than most other forms (like paid shills) given the amount of capital we are allocating to it. I would add that to even claim the OP they would need to have bridged Eth to Optimism for the gas and signed up to the platform so it should attract more real users than fake ones. It’s a very minute and experimental concept that we added to the proposal but it is ceartinly not the focus, and we can remove it without affecting our core idea which is fitness based rewards. I would be curious what other people think about it since it can also have huge benefits as well. It really depends on what kind of people follow us and whether or not 1,000 more followers would cause a network effect down the line.

Thanks for the clarification. A video should be one way to prove, though I might have my friends record their video when they do fitness and send it to me cause I’m kind of a sloth-type person lol (kidding). Oh well, maybe it’s time for me to consider exercise regulary TvT.

Also, I think providing $OP for people who follow social media channels is ok if you consider that they must do other quests like bridging ETH to Optimism that you mentioned as well as joining OptiChads guild or something like that. Providing $OP to a person who retweet post or creating Chads meme with the most likes may be one of the ideas.

Lol Ironically I have gained weight spending months to make the collection but have gotten back into shape a bit recently thanks to my own propoganda, so I can definitely relate. The last idea is ingenious I can actually incorporate that using Quest3 as their platform is very flexibile! 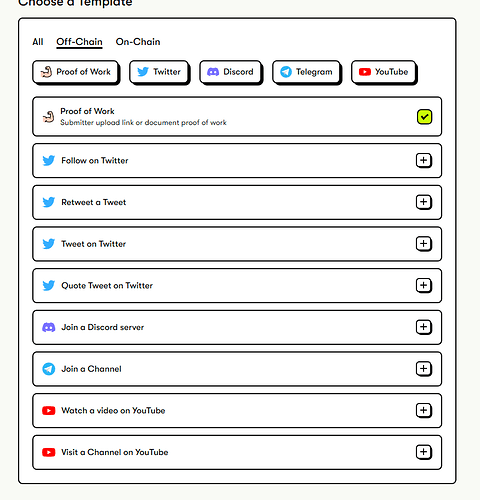 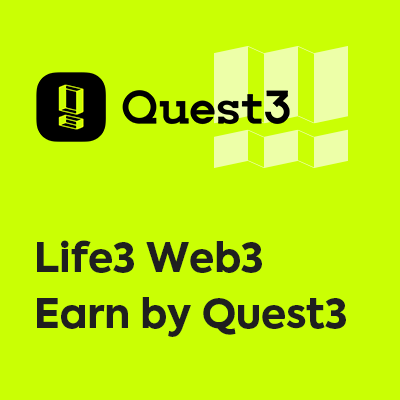 I am exploring on Quest3, follow the link to find answer with me.

Here is an example Quest. Hopefully this can help people understand the platform.

Thanks for submitting a proposal. I like the concept of what you plan to do a bit hard to police thou.
I’m concerned with the 10% allocation, I believe “fixed costs such as domain/ipfs hosting…” is not what this fund is for as it would require you to sell.

OP received through the Governance Fund should not be sold by the grant recipient. This “no sale” rule:

Is it possible for OptiChads to continue paying its fixed cost and exclude it from this proposal?

Hi thanks for the feedback. We can use 100% of the funds for rewards and continue to fund the project with our own capital. I will edit the proposal to reflect this. I agree that its difficult to police but our focus is to increase community engagement. They will have to be holders and we will do additional filtering like requiring a twitter account per user to make sybil extremely difficult.

Very exciting proposal. With the adoption of mainstream coming, I am looking forward to see this space move forward. It is good timing for an onboarding initiative in the Optimism NFT sector.

Thank you! I believe NFTs will bring a crazy amount of volume into Optimism in the near future, but its up to creators to build that ecosystem. I think this would be the first NFT proposal to get approved should it pass.

Thanks D, I didn’t expect you to remove the full development allocation, Just to be clear I’m not against development funds but my understanding is, it needs to be for development yet to be done, that has the potential to increases users on Optimism.

All good. I’m happy to set funds to 100% it might show the community that we are more serious while making things easier. If we are sucessfull than royalties will be more than enough to keep us going. We actually are developing a female collection in the future but i’m not sure how to use funds for development without violating the no sale rule. Opensea will be integrating Optimism nfts soon so the community is hoping that projects will see a significant boost in secondary sales to make these ventures profitable.

Proposal changed to [REVIEW] I have made changes to the proposal incorporating everyones feedback.

Hi @Dicaso , thank you for this proposal.

Could you please summarize all feedback that this proposal and got so far.

review submissions manually through the platform

who will take this task ? you/your team or quest3 team ?

Our team will perform manual review of the submissions. Most of the feedback (on and off the forum) has been people inquiring about the mechanics of Quest3 and asking about verification and things like how we would avoid sybil.The biggest change we made was following the template more closely as Butterbum requested and changing allocations to 100%

Our team will perform manual review of the submissions

Appreciate your manual effort. Will support this proposal.

That is a nice catch and good suggestion to direct 100% of the funds to incentives/marketing.

@Dicaso thanks for modifying. Although operational costs are not covered by this fund, this fund does actively encourage requests to fund net new development work (categorized as: dev costs)

This is a well thought out and innovative strategy to drive growth on Optimism. It is a unique application of DeFi on-chain incentives but in this case applied to an Optimism native NFT project which is in my opinion much stickier than DeFi as these projects are community oriented in nature and so I would expect to see higher user retention rates. I would also be interested in the possibility of calculating a new user acquisition cost as I see that being quite low as well.

The only concern I have is that certain users will try to game the system and collect a majority of the rewards. Maybe there is a way to tie the maximum amount of rewards to the number of Opti-Chads owned per wallet to facilitate a more even distribution? No need to come up with a solution just food for thought.

I am happy to support this proposal, as personally it sores quite high for me on the grading criteria we have laid out as the NFT and Gaming Governance Committee:

Hi @Dicaso , I was reading thread and would like to hear your opinion on two suggestion.

Here is an example:-

they completed the task

I assume these task are health related activities, so,

This of course will increase your manual work but impact could be significantly higher.

@OPUser We can giveaway 50 NFTs to the top addresses with the most Rewards Points (RP) based on quest completion at the end of the campaign. We would ideally start with simple and attainable challenges like “10 pushups with good form” and the platform would reward the same amount of RP based soley on completion.

I do think it would be technically difficult to do anything without NFT gating. The way RP is calculated they would have to finish the quests (thus earning $OP) before being counted. Requiring ‘stake’ in the ecosystem by holding an NFT would reduce sybil by magnitudes.

Will do a summary post thanks for the reminder!

We have added 50 NFTs as co-incentives - suggested by @OPUser. We will now use 100% of requested $OP as rewards for NFT holders who complete the quests, instead of 90%. Portions of texts were removed and edited to reflect this. - suggested by @mteoptimism and @Butterbum.

Summary: Feedback has been mostly positive with most questions about how we would address sybil, and how Quest3 works. I mentioned that we can apply filters such as NFT gating, as well as off-chain verification like a Twitter/Discord follow .The team will manually review all submissions. We will now reward 50 NFTs as coincentives to the most active users.The proposal was changed from [DRAFT] to [REVIEW] a few days ago.