After reviewing all the comments here I am inclined to agree with @OPUser and support this proposal.

Why? It’s the only proposal so far offering to support the network. Most of the other proposals are relying on LPing and boosting incentives, using liquidity bribes or spending it on marketing, which makes it very difficult to spot the public goods.

It doesn’t matter to me that the team is small, only that they are following the intent of the public goods funding proposal.

This experiment look interesting, I’ll be following this!

I don’t see how this has any relation to public good. It basically to fund you to run nodes and profit, also its not like Ethereum is short on nodes or validators. It seems like more of a proposal for you to setup your venture rather then something that benefits Optimism or a public good.

To quote a conversation I had with superphiz.eth (Ethereum Beacon Chain Community Health Consultant) - I’ve also asked him to leave some feedback here when he gets the chance:

I don’t think anyone is disputing the general benefit of people running validators.

There’s already a discussion here broadly in favour of retroactively airdropping OP to 8,666 solo validators, with each address receiving in the order of 324 OP tokens (regardless of how many validators they run on the node):

Addresses that deposited to Beacon Chain Contract ( ETH validators ) should be included in further distributions I think this deserves its own thread so I created one as I think it will get buried under the airdrop #1 feedback purpose of this thread is to gauge interest and discuss before a governance proposal can be made. not to criticize airdrop #1, instead look forward and support rewarding beacon chain depositors in subsequent community distributions Why Beacon Chain depositors These ac…

What I don’t think you’ve sufficiently answered is why your company in particular should be given 800,000 OP to run validators? 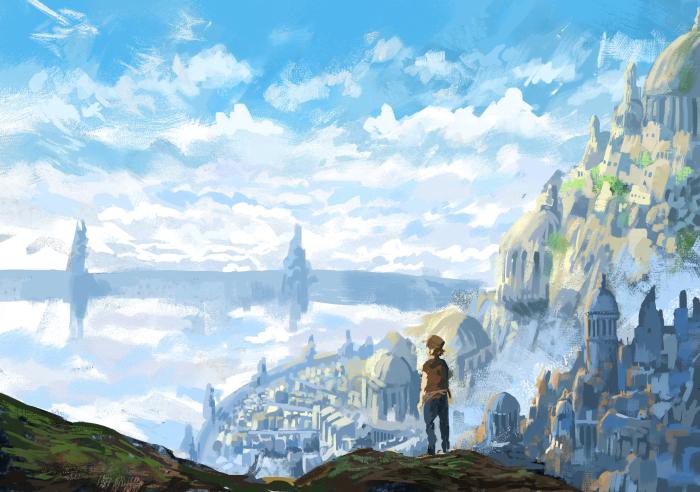 Note: The Optimism team has long been in search of a solution on how to sustainably fund public goods, and we now have the structure of our…

as you aren’t already running them, it’s not retroactive if you’re wanting all the funds to do this before you start… and from a decentralization perspective you’ve yet to explain why giving you the funds to run 10 is beneficial as compared to asking to run one validator and suggesting others do the same.

I will be very interested to read a comment from SuperPhiz here, it’s entirely possible that I’m missing some benefit that you are offering, but if that’s the case it hasn’t yet been made clear.

Thank you for taking the time to review this proposal.

The benefit is that Raptor will run the Nodes further decentralizing the Ethereum mainnet, and will use 50% of the rewards to burn OP. The other 50% will be spent on spinning up more nodes.

Our intention is to seek funding from other communities and in return they help us keep Ethereum secure, and also have their tokens burned.

As per Optimism’s own documents:

“The Collective is a band of communities, companies, and citizens united by a mutually beneficial pact to adhere to the axiom of impact=profit. This is outlined in depth in the Optimistic Vision.”

You yourself state the importance of running Validators here.

Surely encouraging people to do this fits precisely with how the airdrop and Ethereum’s Phoenix are supposed to work. What better public good to incentivize for the ecosystem than getting more people to stake themselves (whether with a minipool or solo staking).

That does put this proposal somewhat less favorable. With the amount of token asked here, we can do more public good by distributing 20% of it to solo validator and beacon chain contract depositor.

You yourself state the importance of running Validators here.

Yes, but that was in the context of airdropping a few hundred OP to people who had already set up validators themselves. That’s a very different situation to giving away all the funds needed to run 10 validators to one entity. It’s more than 2,000x different in fact!

But the outcome is the same and 50% of all validator rewards are spent on OP and then burned. Are any of the other validators doing that?

50% of all validator rewards are spent on OP and then burned. Are any of the other validators doing that?

No, that’s true, I guess burning half of the rewards you’re earning is the unique thing you’re offering to OP.

All we’re asking for is the community to support and help decentralize the Ethereum network. I spoke at length with @OPUser on discord and put in additional checks and balances. For most of the last 2 weeks we’ve had quite good community support for the proposal and would love to have your endorsement.

I’m afraid I have yet to be convinced of the value of this and so as of now will be voting no. Obviously my opinion my not be shared by all and so I guess we’ll see when it moves to Snapshot.

Thank you for taking the time to review this proposal.

I have gave this some extra thought and although I don’t see it really benefiting OP in terms of usage or adoption, I do think it would fit as a public good.

The reason why is because a lot of the ETH validators today are mainly owned by large groups and having more individual ETH validators would be a benefit to ETH which benefits in return OP.

My only concern is that how long will you run these nodes for?

Also it may be best to have multiple projects run ETH validators as a public good rather then just this 1 project.

Also it may be best to have multiple projects run ETH validators as a public good rather then just this 1 project.

After what @MinimalGravitas shared earlier, I am also thinking about my position on this too. Both are public good, one side you are giving a single entity all the token but in return you are getting something extra and on the other hand, you are giving small amount to many entities but not getting anything extra in return.

I’m afraid I have yet to be convinced of the value of this and so as of now will be voting no.

Same, I don’t see any value since anyone can do it (as you said), even buying (and eventually burning) OP is meaningless compared to the initial impact of selling 800 000 OP for ETH. Also I don’t see any prediction for how long it will take to buy back and burn 800 000 OP tokens (considering the proposal I’m guessing it’s more than 20 years).

It could be a requirement for all node validators to burn 50% of the profits if they were to be funded. My main concerns with anyone getting funds for nodes would be:

1- How long will the nodes be running?
2- What happens to the ETH after they stop running?
3- The profit from the nodes will take several years or more to even match what was originally dumped

Although its a public good I don’t think 1 person should be given funds for nodes. It should be split between multiple individuals if nodes are to be funded.

Even if its a requirement for all node to burn 50%, after reading the already existing idea to reward the solo validator, I am more aligned towards them.

We can reach much wider audience, we need to spend few % of 800K to do so and on top that, those funds will come from RPGF and not from gov funding.

also as Solarcurve has mentioned earlier:-

I think we can find higher impact causes to support.

Again to circle back with all this new information and ideas, I think instead of funding the node, rewarding the existing one is better idea and more towards public funding. Again not from Gov funding, that will come under RPGF funding.

I’m not opposed to this. In the end decentralization of Validators is what it’s all about.

If the OP team want to do another round of airdrops under the RPGF, that sounds like a great idea to me, preferably per validator